People who are tempted to cut corners when disposing of their waste are being reminded of the risks they could face. 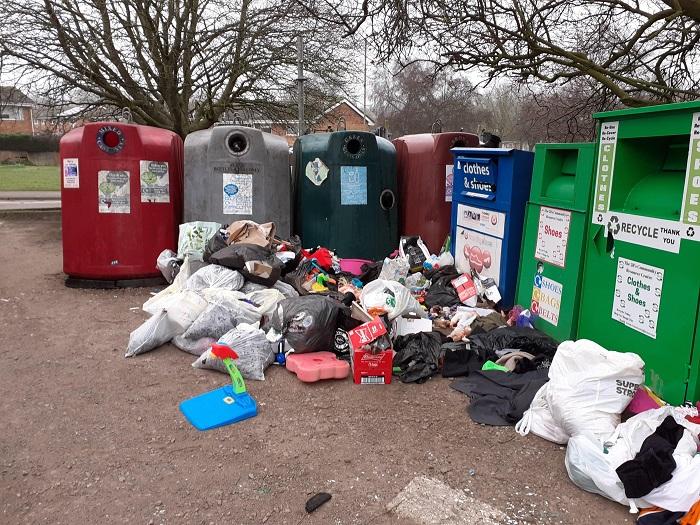 Cherwell District Council has taken a range of enforcement action in 2022, with fixed penalty notices (FPNs) issued and two recent prosecutions of businesses, which were each ordered to pay over £900 by magistrates.

Councillor Dan Sames, Lead Member for Clean and Green, said: “Whether it happens in our towns or in the countryside, fly-tipping is a significant concern and we want to reassure people that we will always investigate when we find evidence.

“The larger amounts of waste are obviously troubling but dumping waste at our bottle banks also counts as fly-tipping and we would urge people, if they find a bottle bank is full, to report it to us and refrain from leaving their waste on the ground.

“Some people may be tempted to think that disposing of waste illegally will save them money, but you only have to look at the sums offenders have had to pay recently to dispel that myth.”

Two businesses were prosecuted in March after their waste was found to have been illegally disposed of. When challenged by officers, they each failed to respond to notices requiring them to provide waste transfer notes.

At court hearings, magistrates ordered Air Medic UK to pay a total of £962.20 and Rainbow Nails 29 Ltd were also ordered to pay £962.20. These figures included fines, costs and victim surcharges.

Both cases were proved in absence after the businesses failed to send representatives to court. In another case, early this month, a Banbury newsagent paid a £300 FPN for failing to provide a waste transfer note. All businesses are required to show these when requested to show what they are disposing of and who is picking it up.

Another recent incident saw the council issue a man with a £400 FPN after his vehicle was caught on CCTV driving up to a skip at Beaumont Business Centre in Banbury. Furniture and wooden boards were found dumped next to the skip, which was on private property.

People can face enforcement action, not only for tipping waste themselves, but also if they pay someone to remove unwanted items and that person goes on to dump it illegally.

The Oxfordshire Resources and Waste Partnership, made up of all the councils in Oxfordshire, is running a campaign to SCRAP fly-tipping by making sure people know their responsibilities when it comes to disposing of their waste.

People are reminded to follow the SCRAP code to avoid fines and prosecution:

Check with the Environment Agency through its website or on 03708 506 506 that the provider taking waste away is licensed.

Refuse unexpected offers to have waste taken away.

Ask what will happen to your waste.

Paperwork should be obtained – such as a detailed invoice, waste transfer note or full receipt.

As part of the council’s drive to deter fly-tippers, officers are now marking illegally dumped waste with new 'under investigation' tape. The waste will be left in situ for a period of time to highlight that it isn’t acceptable to dump unwanted items.

Illegal waste disposal in a public place is an offence punishable by a fine of up to £50,000 or 12 months’ imprisonment if convicted in a magistrates' court. The offence can attract an unlimited fine and up to five years' imprisonment for perpetrators convicted in a crown court.

Anyone with information about a fly-tip in the district should contact the council on 01295 227007.