West Northamptonshire’s bin lorries, street sweeper, and other vehicles will be looked after by Cherwell District Council mechanics under a new partnership arrangement. 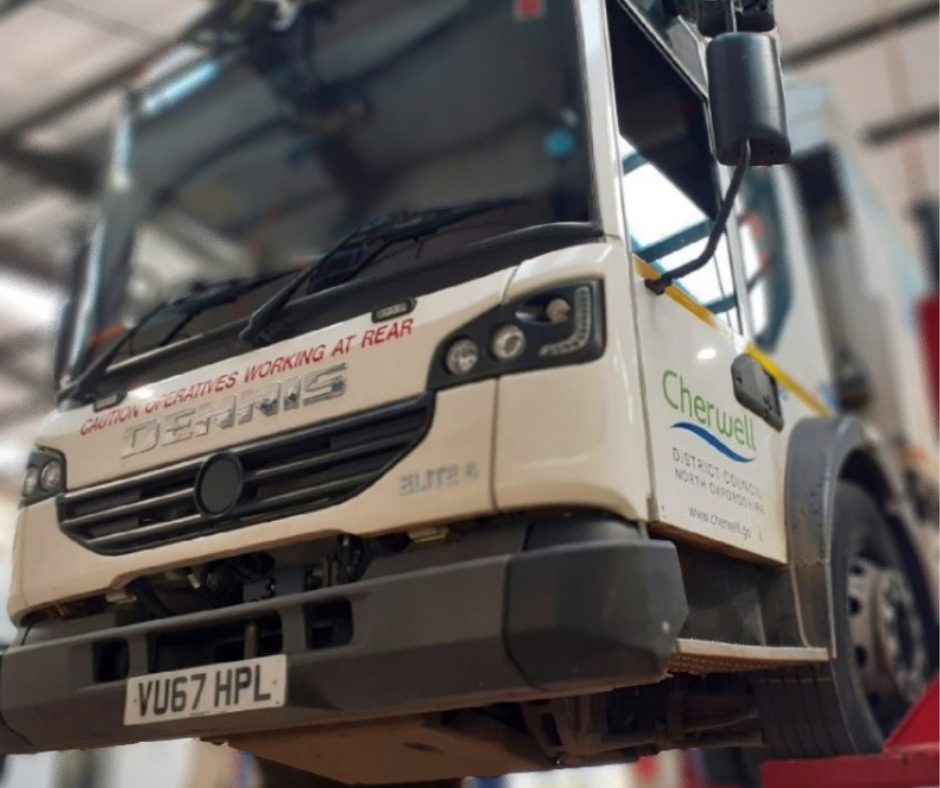 Councillor Barry Wood, Leader of the Council, said: “This represents a new commercial opportunity for Cherwell, which will provide great value for money for taxpayers just over the county border and a source of income for Cherwell.

“Our previous partnership with SNC environmental services ran really well for seven years, and there was an excellent relationship between South Northamptonshire Council’s waste collection staff and Cherwell’s experienced mechanics.

“I am really pleased to be resuming that collaboration, with work already having begun. Our relationship with Oxfordshire County Council may be drawing to a close, but this new arrangement just goes to show that there are lots of possibilities out there for a forward-thinking authority like Cherwell.”

The vehicles in question are similar to Cherwell’s own bin lorries and so are familiar to fleet maintenance staff. The council was able to put together a competitive bid for the work based on recent experience and data gathered while working on the vehicles.

The contract was awarded to Cherwell following a decision by West Northamptonshire Council’s cabinet in December. Cherwell’s mechanics will be looking after a fleet which includes 22 heavy goods vehicles, one road sweeper and 10 smaller vehicles, serving around 41,000 households and 600 businesses.