The owner of Malthouse Walk in Banbury has been landed with a £10,000 bill after the council prosecuted his company for failing to keep the prominent town centre walkway tidy. 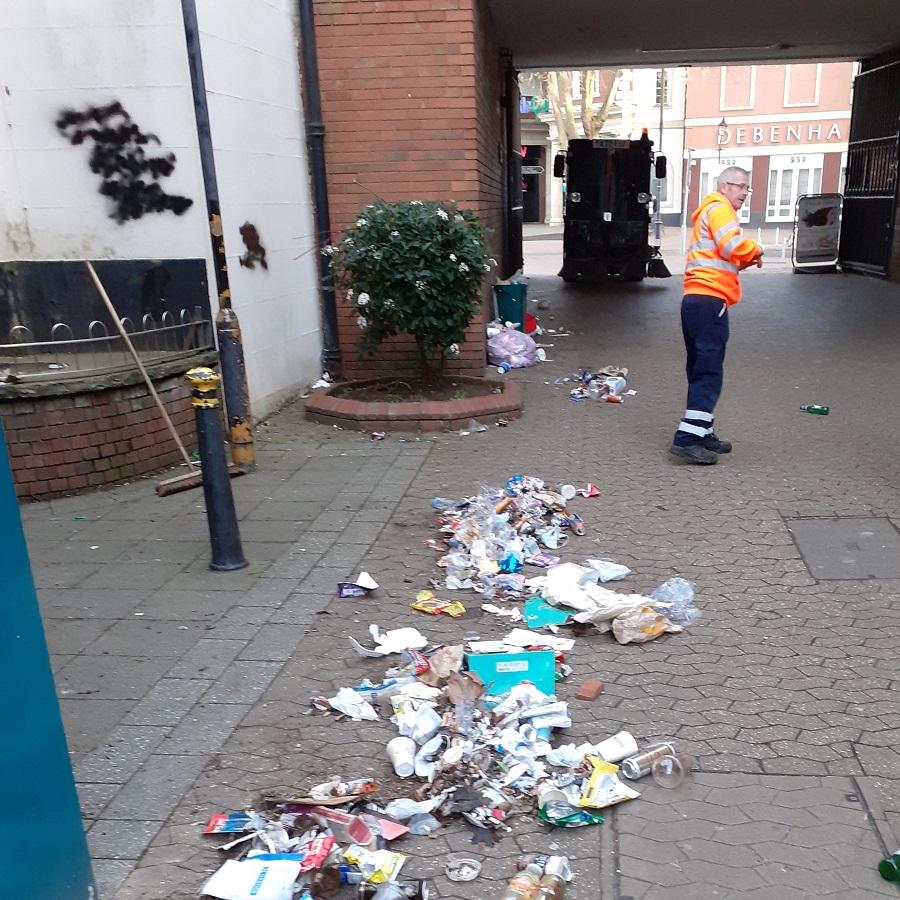 Oxford Magistrates’ Court heard Cherwell District Council’s case on Friday 7 October. Counsel for Shimon Roter, director of Malthouse Banbury Ltd, pleaded guilty on his behalf to five offences and the magistrates ordered the company to pay a total of £10,008.18, including fines and costs.

“Local people and councillors have been concerned about the appearance of Malthouse Walk for some time and we have taken enforcement action to make sure the landowner has a regular cleaning programme in place to keep it to the standard that the public expect.

“His failure to respond has cost the public purse a considerable amount of money, and I am pleased that by securing this prosecution we not only lay down an important marker but recover the costs to the taxpayer.”

Malthouse Banbury Ltd must now pay £4,508.18 of costs. This total includes time spent cleaning up litter when Cherwell stepped in, in February 2022, when the company was in breach of a community protection notice (pictured).

The company was also fined £1,000 per offence for five breaches of community protection notices and needs to pay a £500 victim surcharge.

But private landowners are in charge of emptying bins and clearing waste on their land, and the council can step in and take action when this responsibility has not been met.

During the course of the long-running case, there have been times when Cherwell has had to refrain from cleaning the area to make sure that its enforcement measures were legally sound. The council is grateful for the public’s patience during these periods.

The landowner says he has employed a new cleaning agency and the council will continue to monitor the condition of Malthouse Walk.