Residents are being reminded of the advantages of composting their real Christmas trees using the brown bin as festive decorations come down. 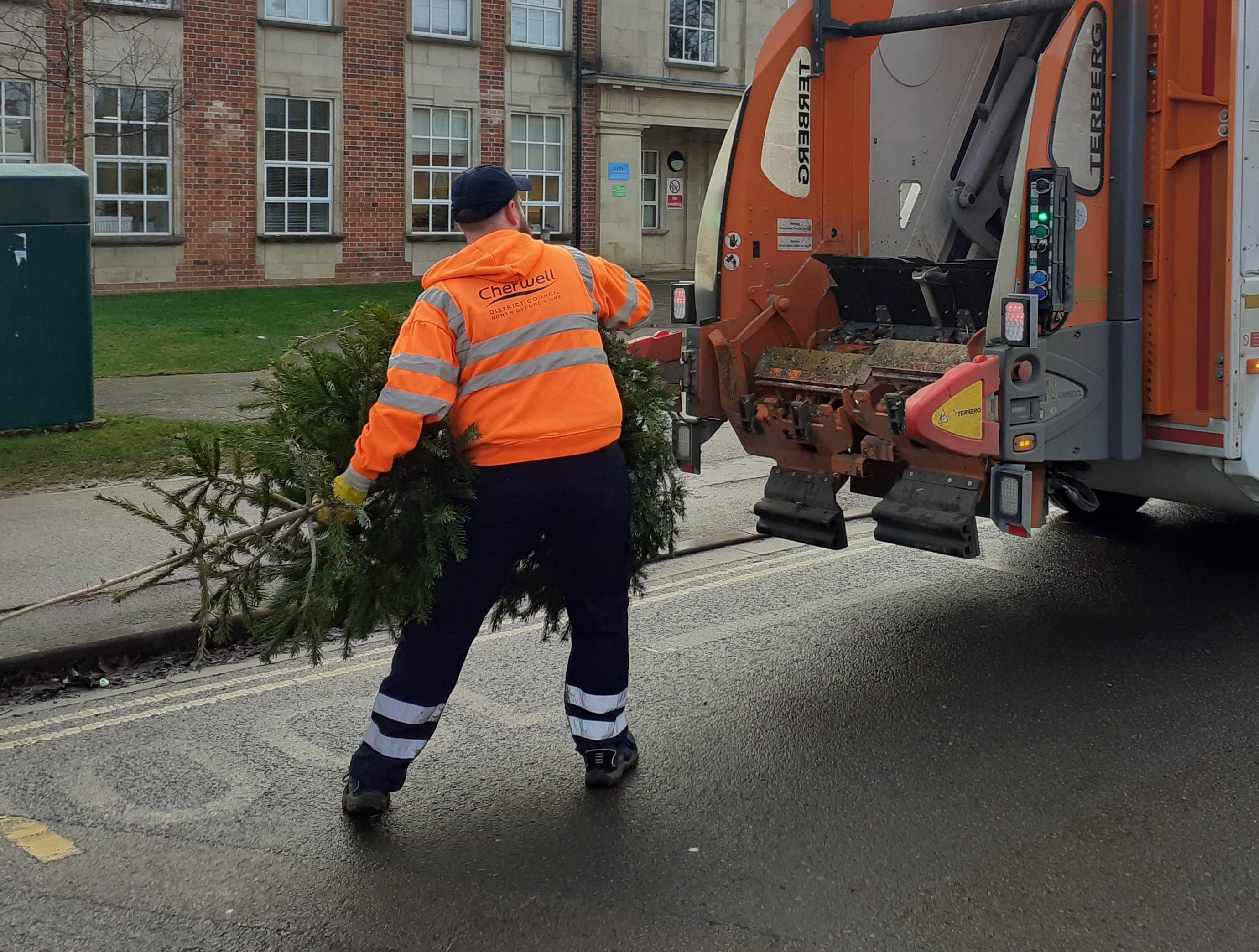 Cherwell District Council’s waste and recycling crews are now collecting trees from the kerbside as they empty people’s brown bins. The trees are taken to an in-vessel composting site at Ardley where they are composted at high temperatures before being redistributed to farmers as compost.

Councillor Dan Sames, Lead Member for Clean and Green, said: “Removing the lights and decorations from our trees on 12th night marks the end of Christmas festivities. While we may miss the seasonal cheer our trees bring as we embark on 2022, it’s heartening to know that, by being transformed into compost, they can have a new life helping fertilise farmers’ fields and putting food on our tables.

“By composting their trees, and not forgetting food and garden waste, people are doing their bit to support farmers in our region and reducing the environmental impact of Christmas more generally.

“Collecting people’s Christmas trees marks the end of a really busy period for the team, with the weight of recycling they collect at the kerbside increasing by 25 per cent over Christmas and new year. That is the equivalent of eight waste collection vehicles full.”

Residents leaving large trees out for composting are asked to cut them into pieces that are four feet tall or smaller. This makes it safe to load them into the recycling trucks. The pieces of Christmas tree can then be left next to the brown bin on collection day if they do not fit into the bin itself.

People should make sure that all decorations are removed from the trees before putting them out for collection. Broken fairy lights and other small electrical items will be taken away by the crews if placed in a standard size carrier bag and left on top of any bin on collection day.

Alternatively, people whose real Christmas trees are potted and still have their roots can care for them in their gardens until next year.

Reminder of changes to the food and garden waste services

The brown bin will be changing to a chargeable service, to be used for garden waste only, from 1 March.

Registration is now open and people will be charged £36 for their first annual subscription licence if they sign up before 28 February 2022.

For anyone signing up for the garden waste service on or after 1 March, the cost of the first subscription licence will be £40.

A new weekly food waste service will also begin on 1 March. New outdoor food waste caddies will be delivered to residents’ homes at no additional cost. The deliveries will be made in phases over the course of January and February and residents will be notified of the deliveries in advance by hangers fixed to their bin handles.