A special awards ceremony has been held in Cherwell to celebrate the hard work of volunteers and groups who make a real difference in the community.

The Cherwell ‘Love Where You Live’ Volunteer Awards, organised by Sanctuary and Cherwell District Council, asked local people to nominate volunteers, neighbours and groups who have gone above and beyond to help others during the last 12 months.

Members of the community gathered in the garden of our Bodicote House offices as the award winners were revealed. Winners were presented with heart-shaped wooden trophies, handcrafted by mental health charity Restore, and given the opportunity to select a local community group to receive £100.

Councillor Andrew McHugh, Cherwell District Council’s Lead Member for Health and Wellbeing, said: “The people of north Oxfordshire have always had a selfless spirit and shown endeavour and creativity in helping their local communities.

“But during the past 18 months we have seen those qualities demonstrated in a really exceptional way. It was a privilege for me to be able show my appreciation, and that of everyone at the council, by attending these awards.” 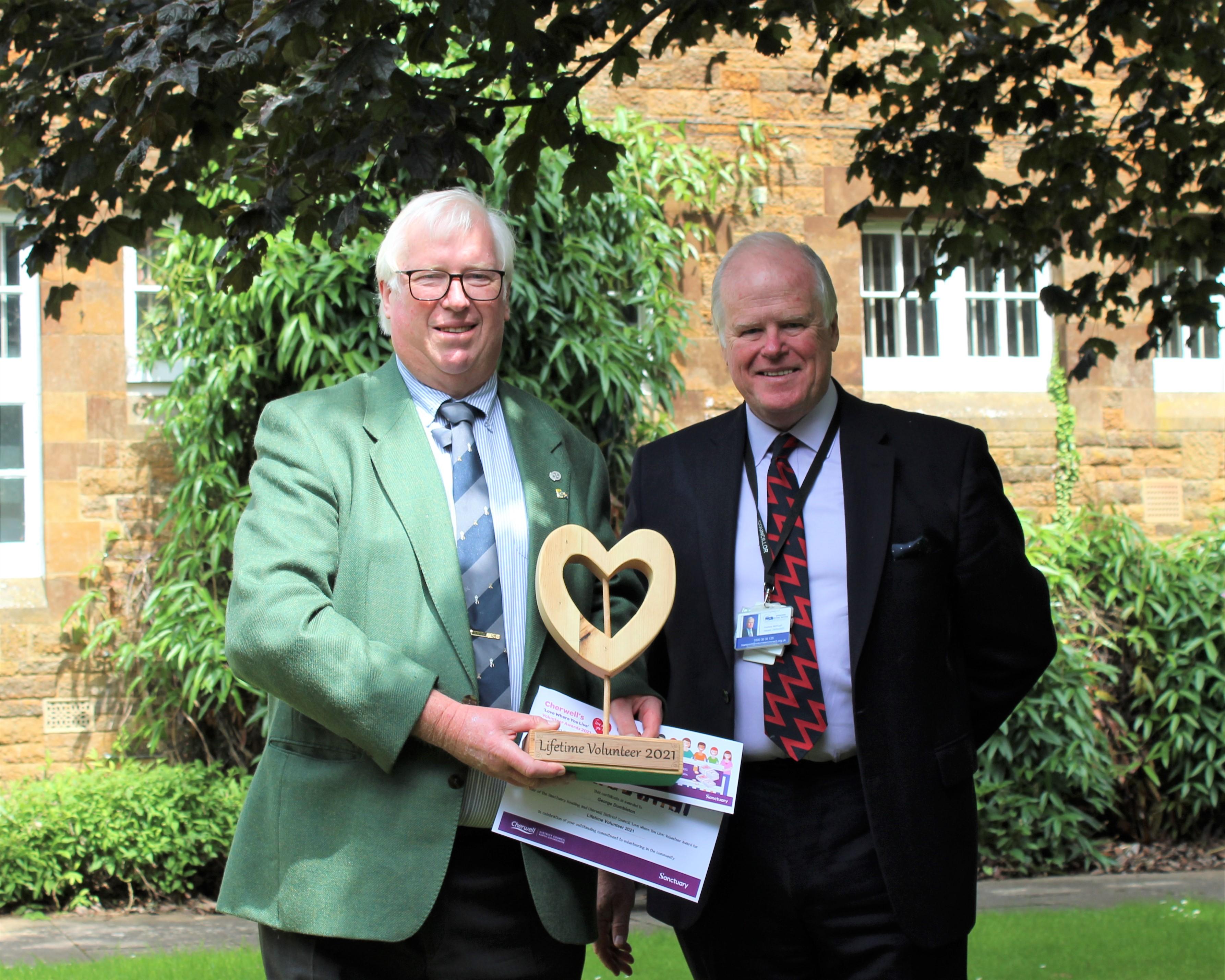 Michael Hampton received the Volunteer of the Year award for his selfless work as ‘Mike on a Bike’, helping the community during the pandemic with shopping and collecting and delivering prescriptions, especially for those who were shielding. One example of Mike’s work included collecting a blood sample for a resident and delivering it to their doctors, volunteering his own time.

Eleven-year-old Adidja Carpenter scooped Young Volunteer of the Year, after running every Saturday for six weeks to raise more than £4,000 for the Spit n Sawdust gym he trains at. With the gym facing financial difficulty due to the pandemic, Adidja embarked on a sponsored run to raise money and keep himself mentally and physically in shape during the lockdown earlier this year.

Lifetime Volunteer of the Year was presented to George Dumbleton (pictured above with Cllr McHugh), a long-serving member (including past chairman and past president) of Bicester Round Table and the 41 Club. George has played the role of Father Christmas locally for 50 years, bringing joy to many families and children and making and maintaining the annual Father Christmas float for the Round Table.