Householders who would like to renew their brown bin licences early can take advantage of a £4 early bird discount. 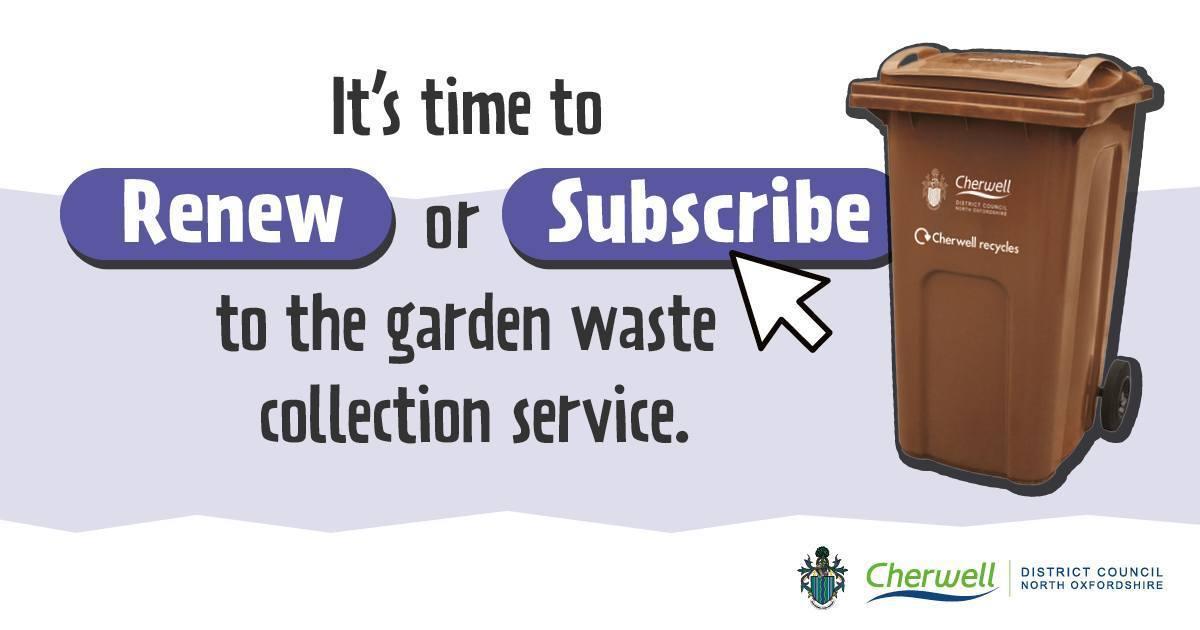 Registration is now open for garden waste licences for the 2023 – 2024 subscription year. Cherwell District Council will be charging people £39 for a single annual subscription licence if they sign up before 28 February 2023. Anyone who signs up from March will pay £43.

People’s licence fees will once again cover a fixed calendar year of subscriptions which begins on 1 March 2023 and ends on 29 February 2024, regardless of when they subscribe.

Councillor Dan Sames, Portfolio Holder for Cleaner and Greener Communities, said: “This has been the first year we’ve operated a separate garden waste service, and we are very grateful to the thousands of people who have opted to use it.

“I trust that people have found the service to be reliable and cost-effective. I personally found it worked really well, despite needing to cut my grass less often. We have looked very hard at the cost of the scheme going forward and have been mindful of the sharp rise in the cost of living to residents, however, these same cost of living rises affect the council as well. Reluctantly, there is a need for a modest price rise next year, that reflects rising costs, including the steep rise we face at the petrol pump when we refuel our bin lorries.

“Residents will see that we have done our best to keep the rise as low as possible and, even with the price rise factored in, this coming year’s £39 discounted price is still £1 cheaper than the standard going rate for the current year and £4 cheaper than if you apply after the end of February.

“Two thirds of current customers purchased their licences with the early bird offer and this time around the other 33 per cent of customers could still get their licences for less money than they paid this year if they renew or sign up before the end of February. The message is simple 'Don't delay apply today and save.' I've already renewed mine!”

Since the separate, paid-for brown bin service was launched in March 2022, over 40,000 of the district’s 70,000 homes have taken out a subscription, with over 1,000 tonnes of garden waste collected a month on average during the warmer months of the year.

Over 5,200 homes in the district have two or more brown bins. Additional licences for households who want to use more than one bin will be priced at £33 for the year from 1 March 2023.

New customers and those who renew will receive a welcome pack in the post, including the all-important subscription licence label.

To enable council staff to promptly remove the extra dry recycling and residual waste produced over the Christmas period, brown bins will not be emptied between 27 December and 6 January inclusive.

From Tuesday 10 January the council’s waste and recycling crews will also be collecting people’s real Christmas trees from the kerbside, irrespective of whether they have a garden waste licence.

To find out more about recycling services in the district and to purchase a brown bin licence label, visit our rubbish and recycling web pages.